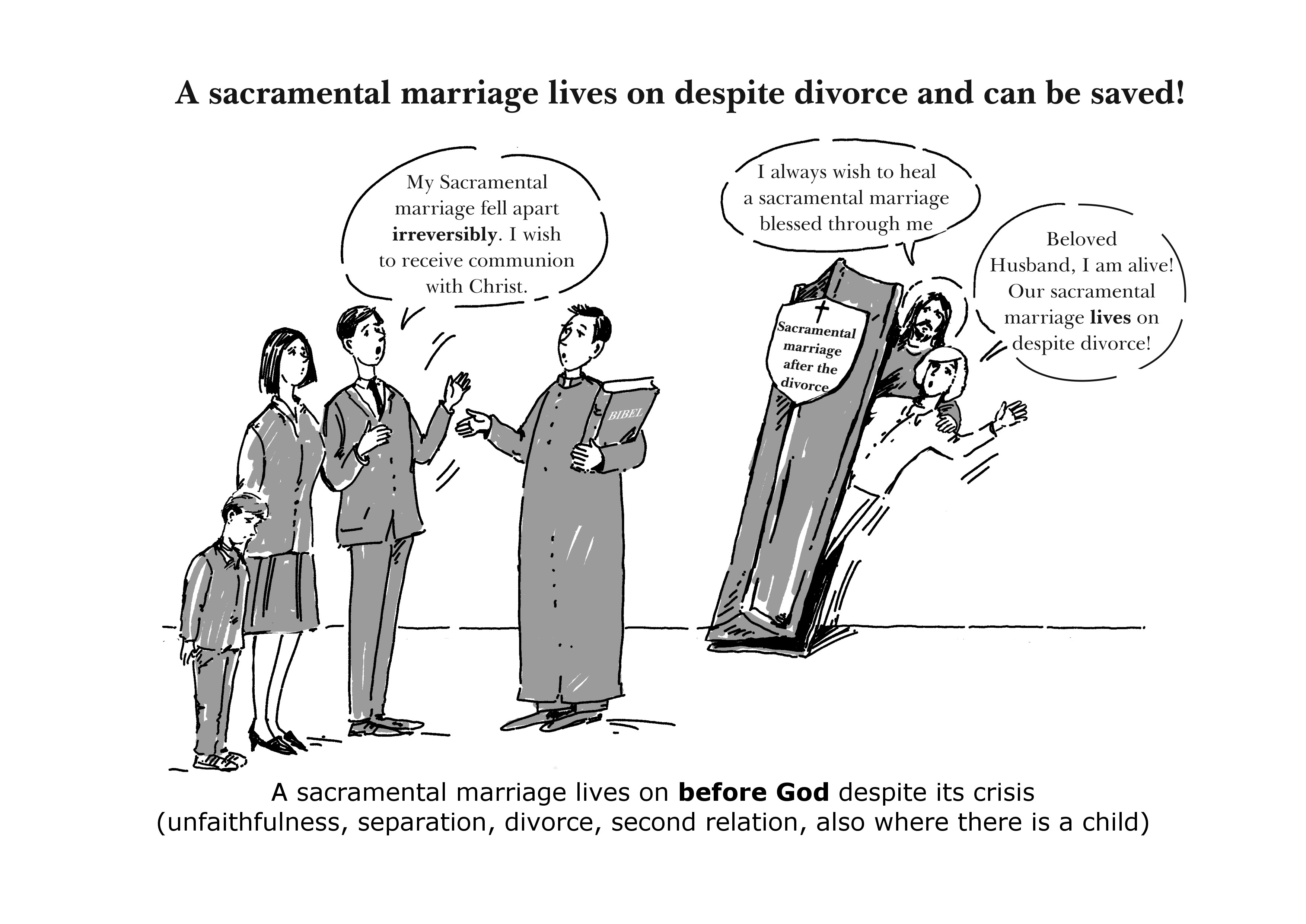 Commentary to the drawing

The whole discussion on admission to the Holy Communion of people in nonsacramental unions would be non-existent if it wasn’t believed that a sacramental marriage ceases to exist after divorce. Since a husband is subjectively convinced that his sacramental marriage has been irreversibly destroyed and it does not exist anymore, then it means that in his opinion his wife cannot feel pain any longer caused by certain expressions of intimacy occurring between him and the other woman. This way his wife does not exists for him any longer.

According to him, also Jesus Christ ceases to live in that sacramental marriage as if the sacrament of marriage didn’t exist any longer. It is as if the wife and Lord Jesus were put into a coffin.

What would feel the same husband who after a divorce entered into another union and would like to receive Holy Communion – if he heard that his wife is still alive, still loves him and suffers because of certain expressions of intimacy that occur between her husband and another woman? What would he feel if he heard that Jesus is still alive in their sacramental marriage and still wants to bless them, giving them the grace of healing, liberation and enabling them for mutual love?

Testimonies of married people who await the return of their spouses from non-sacramental relationships in which there are children – http://en.sychar.org/witnesses

Changes in talking about sacramental marriage after divorce – from mental euthanasia to evangelical language
– http://en.sychar.org/euthanasia

Can every difficult sacramental marriage be saved? – https://www.youtube.com/playlist?list=PLobUwltc9GBapMKTiBKNZOo5uOi-RByIJ

Powered by WordPress and WordPress Theme created with Artisteer by Andrzej Szczepaniak.